Writer Director Shayne Lightner and Producer Retta Putignano preparing a new film that will return to the value of daily life characters this time in BEVERLY HILLS – WEST L.A. – BRENTWOOD: “ALL FOR ONE”.

The film, which is already in the pre-production phase, will begin filming soon in Los Angeles and will Cast diverse characters.

“GET BOSSY”  Has Been distributed by *CINEDIGM and to be released in AMAZON Platforms April 4, 2020. 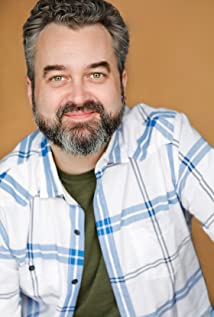 Shayne Lightner is Director/Producer/Writer, Present Entertainment. Lightner most recently wrote, directed, and produced Get Bitchy, a female stoner detective comedy feature. Get Bitchy is a female stoner detective comedy about a female cannabis-loving private eye (Amber DeCallier) who’s unwittingly used in the death of a woman and partners with the brother of the woman, a bitter former CIA officer (Dwayne Bailey), to uncover a conspiracy and bring down a larger-than-life, fallen dot-com queen (Cheryl Whitman) who’s trying to corner the real estate market in Belmont Shore/Long Beach and make her way back to the top of the financial world.

Shayne’s projects in development include All Blood Runs Red, inspired by the life of Eugene Bullard, the world’s first black combat pilot. Previously, Lightner wrote and directed a pilot (What No One Tells The Bride), three documentaries (including Minding Swarthmore, Salt And Light and Iroquois Rising, which premiered at the Museum of Tolerance International Film Festival), and various shorts and commercials. Lightner began his career at Kings Road Entertainment and was Director of Programming for Nostalgia Network, Inc., where he oversaw program acquisitions, creative development of original programs, and budget supervision. He earned a BA in Economics from Swarthmore College.