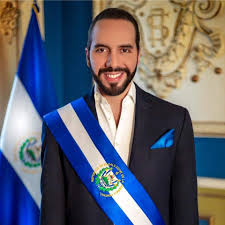 “Why I ruled out negotiations with criminal gangs based in a transnational industry, and go after their finances in a bid to reduce violence in my country”

Los Angeles, California. August 16, 2019. On August 30-31, the U.S Minority Chamber of Commerce launched its new Transnational Security Summit 2019 “Cooperating Across Borders: Tackling Illicit Flows, Kidnapping and Extortion” ” at the wonderful hotel Marriott Dadeland in Miami Dade, Florida. The event is not open to the public. The theme of the conference is: “Understanding a Global Agenda of the Security and Preparedness for U.S private sector”

We organize this edition for more than 100 high-profile and senior decision-makers as well as thought-leaders from around the region , including Mayors, Chief of Polices, leading personalities of international and non-governmental organizations, high-ranking representatives of industry, and civil society, to engage in an intensive debate during the 3 days of the magistral activity.

The 2019 Miami Security Summit presents an exclusive conference about Intelligence and Security avenues address to rural and vulnerable municipalities together security forces, intelligence working professionals, traditional, and global leaders in the industry in the quest for research, investigate and knowledge against the criminal activities in the region.

The U.S Minority Chamber of Commerce recognize the importance of cooperation and sharing to ensure a more effective approach to combating the common threats faced by the countries of Latin America and the United States. The 2019 Security Summit Miami therefore aims to build on the existing relationship through focusing on:

“Promoting and Supporting capacity building for cooperation and public-partnership in security with the law enforcement authorities of the region, is a key priority for the Chamber”, said Doug Mayorga, CEO of the U.S Minority Chamber of Commerce, “ We are very excite to bring a board in the summit to key players from foreign and U.S government and multilateral security agencies, and we believes in the need for an informed and sustained public debate on security and preparedness broadly defined and thus aims to involve the wider business people in its debates.

The premier Summit 2019 will have panels discussion, workshop, receptions and general sessions with chief of policies, experts and contributing members/partners of the Chamber findings and discussed possible collaborative approaches to combating illicit flows affecting U.S companies.

About the World Security Summit Miami 2019: The premier edition is selecting spotlights of transnational illicit flows themes – from the trafficking of goods, arms, and people, to illicit financial flows – which endanger global security by funding conflicts and perpetuating instability in the region. The exclusive event focusing to illustrates regional and international security implications, impact and risk to the private sector of the United States, and provides ideas for cooperative solutions, building on ongoing efforts by many institutions across the region with intermediation of the U.S MCC. For more information about the Summit: www.securityworld.vip

SECURITY LEADERS FROM LATIN AMERICA AND THE CARIBBEAN

The members and board of directors of the U.S Minority Chamber of Commerce and its Intelligence and Security Development Programs for Rural and Vulnerable communities are delighted and honored to host the Inaugural International Conference in Intelligence in Security foundation through the Security World Summit Miami 2019 on August 29-31, 2019.

“This premier event, we join forces with our members and partners to advocate and support the rural area with economic development, investment and international cooperation. Today we are committed to create a new security development Intelligence in Rural and Vulnerable area to reduce the criminal activities. The Chamber is presenting a new resource for increased Opportunities of growth in security, preparedness and protection overall to protect assets and security of the businesses of our members doing operation in the region”.,
Doug Mayorga, CEO of the U.S Minority Chamber of Commerce